What is the difference between Monsteras and Philodendrons?

Philodendron and monstera terms are interchangeably used for the plants that have major differences but have some similarities as well. For example, the Split Leaf Philodendron and Monstera Deliciosa are different plants but have similar looks at the younger stages. These plants belong to different species and genera but have the same family order, and class. Many gardening stores, nurseries, and online selling websites are categorizing the plants with the wrong names. Therefore, this article is focused to highlight the major differences among the philodendrons and monsteras.

Monstera has a climbing growth habit and is native to the tropical climates of Mexico and Hawaii. It is also known as the swiss cheese plant as it has iconic holes in the leaves. This plant is well known for the production of delicious fruit and this species has good relevance with the common houseplants.

Philodendrons have trailing growing habits. These plants have similarities to the pothos and belong to the Araceae family. The meaning of philodendron is the love tree due to the heart-type shape of the leaves. These plants are known to be native in the tropical climates of Hawaii and America. There are numerous species of philodendron vine and some of these have deeply lobed leaves and trunks that are not heart-shaped, round, and smooth as monstera.

The name split-leaf philodendron is being used for both true split-leaf philodendron and monstera due to resemblances in their physical appearances. The differences among these plants can be visualized with the help of proper knowledge about plant taxonomy and classification. Both monstera and philodendrons have almost the same origins, and diversity. Usually, they display epiphyte growing habits as their aerial roots grow on the trees for the absorption of nutrients and water from the host plant. They can rarely grow in the soil and it is very difficult to find them in the urban landscapes, gardens, roadsides, and swaps. Some other plant genera also have a wide range of coloring, patterns, shape, and leaf sizes and can easily hybridize. Horticulturists and breeders are carefully selecting the specific features and parameters such as fenestration and variegation to make new varieties. Even botanists considered these plants the same in the last decades and major differences have been recently revealed by closer examination.

Differences Between Monstera and Philodendrons

These plants belong to the same species but have different families so these are two distinctive plants. Therefore cross-pollination of these plants is not possible for making new hybrids.

Monstera plants have an apparent size and the term monstera is used for the plants having larger leaf sizes of more than 1-meter length and width. While philodendrons are small as compared to the monsteras. Monsteras can grow up to 10 feet but philodendrons can only grow to a height of about 3 feet. However, variations, in the growth patterns are possible due to differences in the species and varieties.

Physical differences are also evident between these plants. The most evident physical difference is that philodendrons do not have fenestration while monstera is specifically fenestrated. Fenestration term is used to describe the presence of holes in the leaves. Leaf splitting is also known as leaf perforation. Leaf fenestration has a similar-looking phenomenon to that of pinnation that is used for describing the arrangement of leaf lobes or leaflets along the stem in a specific feather-like pattern.

While fenestration term is used for describing the presence of circle-shaped holes or perforation. The leaves having fenestrations can split all way long until there is no visualization of round shape perforation. This pattern can be observed in the monstera borsigiana and monstera deliciosa when they are at younger stages and fenestrations are round and small having proper borders around these holes. Thinning of these borders is evident with the plant maturity followed by the splitting on the edges.

Monstera leaves have knees-like joints known as pulvinus or geniculum. These joints allow the easy movement of leaves to follow the sunlight. These joints are also present in the prayer-plants leaves. Philodendrons do not have moving leaves and both plants can be easily differentiated by the presence or absence of geniculum.

Philodendrons do not produce fruits but monstera does. However, fruit production in the monstera is a rare phenomenon for indoor growing.

The newer leaves of philodendrons are protected by the presence of a sheath known as cataphyll. The presence of this sheath helps protect the new younger leaves after emergence. Usually, the cataphyll dries and falls in the philodendrons but is retained in the monstera leaves throughout their life cycle. Removal of cataphyll sheath from the mature leaves is not a recommended approach as it can cause significant damage to the stem.

The leaf texture of both plants is entirely different and has significant differences. The leaves of philodendrons look ruffled while monstera leaves are flattered and smoother.

Although there are significant differences between philodendrons and monstera plants some monstera varieties have major similarities with philodendrons. Some of these varieties include the following.

Monstera standleyana: This plant is also called a five holes plant and has dark green leaves and an oval shape. Typically its leaves are speckled but have variegation in some cases. Some sellers are listing this plant under the Philodendron cobra name.

Monstera dubia: This is one of the rare monstera species and grows in close association with the tree surfaces. There is the gradual development of fenestration with maturity. The smaller heart-shaped leaves at the younger stages have good similarities with the philodendron leaves and some Scindapsus species.

Monstera Borsigiana and Monstera deliciosa: Usually sellers are selling these plants as philodendrons due to closer appearances of the leaves.

Philodendron Varieties Having Similarities with Monstera

Philodendron minima: The identification of this plant is a tricky task. It has split oval-shaped leaves and has good similarities to the monstera leaves. Neiether it is monstera nor it is philodendron. Instead, it belongs to different species and genera (Rhaphidophora).

Philodendron bipannatifidum: This plant is being confused with the monstera deliciosa but the major difference lies in the size and shape of leaves. Philodendrons have smaller and split leaves and do not have much fenestration. The shape of its leaves is feather-like while monstera leaves have heart-shaped round structures. 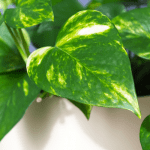 A Comprehensive Guide about Scindapsus Pictus Exotica Care and Management 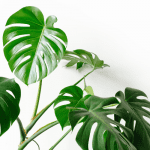 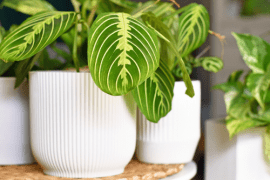 How to Grow Lemon Lime Maranta -The Ultimate Guide 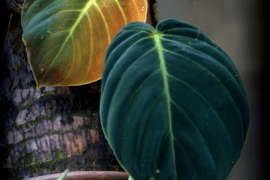 How To Grow Philodendron Gigas – A Complete Guide 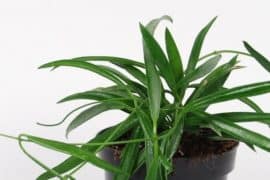 Caring for your Hoya Shepherdii

We use cookies on our website to give you the most relevant experience. By clicking “Accept”, you consent to the use of ALL the cookies.
Do not sell my personal information.
Cookie SettingsAccept
Manage consent

This website uses cookies to improve your experience while you navigate through the website. Out of these, the cookies that are categorized as necessary are stored on your browser as they are essential for the working of basic functionalities of the website. We also use third-party cookies that help us analyze and understand how you use this website. These cookies will be stored in your browser only with your consent. You also have the option to opt-out of these cookies. But opting out of some of these cookies may affect your browsing experience.
Necessary Always Enabled
Necessary cookies are absolutely essential for the website to function properly. These cookies ensure basic functionalities and security features of the website, anonymously.
Functional
Functional cookies help to perform certain functionalities like sharing the content of the website on social media platforms, collect feedbacks, and other third-party features.
Performance
Performance cookies are used to understand and analyze the key performance indexes of the website which helps in delivering a better user experience for the visitors.
Analytics
Analytical cookies are used to understand how visitors interact with the website. These cookies help provide information on metrics the number of visitors, bounce rate, traffic source, etc.
Advertisement
Advertisement cookies are used to provide visitors with relevant ads and marketing campaigns. These cookies track visitors across websites and collect information to provide customized ads.
Others
Other uncategorized cookies are those that are being analyzed and have not been classified into a category as yet.
SAVE & ACCEPT

We are a participant in the Amazon Services LLC Associates Program, an affiliate advertising program designed to provide a means for sites to earn advertising fees by advertising and linking to Amazon.com. As an Amazon Associate, we earn from qualifying purchases.